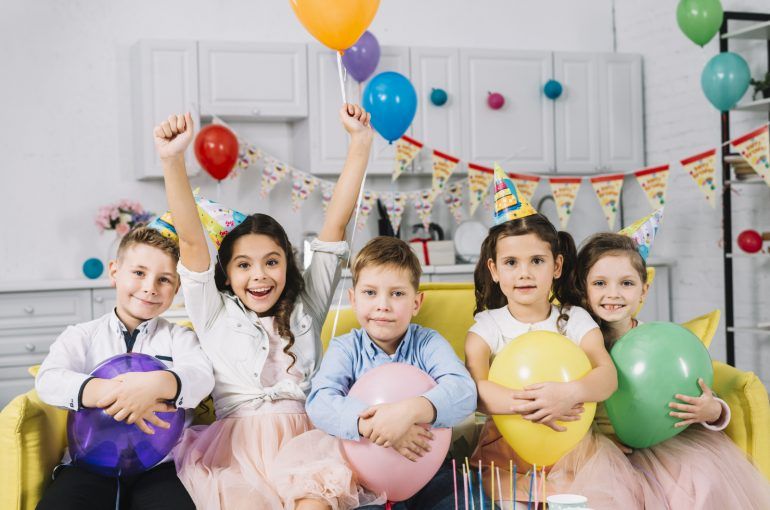 If you follow my blog, you will know that I usually write posts that offer tips on how to throw a kids party or give advice on what party hire equipment is needed for a successful event. Today, I thought I would do something a little more fun and light-hearted by sharing with you some of the fun facts I’ve learnt about birthday parties through my involvement in the party industry over the years.

As the owner of The Fun Team, I constantly strive to deliver the best services and the hottest products to help parents make their kid’s birthday the most memorable day of the year. In doing so I’ve learnt the following fun facts.

People have been celebrating birthdays since 100 AD

The first ever birthday party invitation was sent out sometime around 100 AD by Claudia Severa, who was the wife of a Roman commander. The invitation was written on Roman slabs as paper had not yet been invented.

The term ‘party’ was first used in the early 18th century

Social events and celebratory gatherings were first called a ‘party’ sometime in the early 18th century, The oldest known use of the term ‘birthday party’ was in 1852.

According to the book, Are You Normal, around 40% of party guests will look inside the host’s bathroom vanity.

August is the most popular month for birthday parties

You will think nothing of spending $400 for a birthday party after hearing that the Sultan of Brunei spent $USD27.2 million on his own 50th birthday party – $16 million was paid to Michael Jackson for his performance. Just imagine how many jumping castles he could have had at that party!!!

There is a whopping 31,536,000 seconds in a year, so that is a long time to count for your next birthday party.

You will have around 1,500 dreams between birthdays

Apparently, you will have 1,460 dreams from one birthday to another.

We have the Greeks to thank for candles on a cake

Imagine singing happy birthday, or even having a cake without having any candles on a cake to blow out!

The tradition of having candles on a cake came from the Greeks. They wanted to create a glowing effect for their moon-shaped cakes which were offerings for Artemis. Thus, candles were added.

In Ancient Rome, only men were allowed to celebrate their birthday

Up until the 12th Century, only men were allowed to celebrate their birthday in Ancient Rome.

Who doesn’t love to celebrate their birthday with a birthday party! Whether you’re 5 or 95, having a birthday party will always make you feel special and loved by those closest to you. But I bet you didn’t know some of the fun facts listed above that have moulded birthday parties into what they are today!

Get the party started by contacting The Fun Team today!

The Fun Team is a Gold Coast-based party hire equipment company that specialises in offering the best, most fun, party hire services for parties on the Gold Coast and Tweed Heads.